Power rangers: the era of hybrid and electric superyachts

A new breed of hybrid and electric superyachts is making its presence felt on the world’s oceans, embracing solar energy to provide efficient, more eco-friendly alternatives. 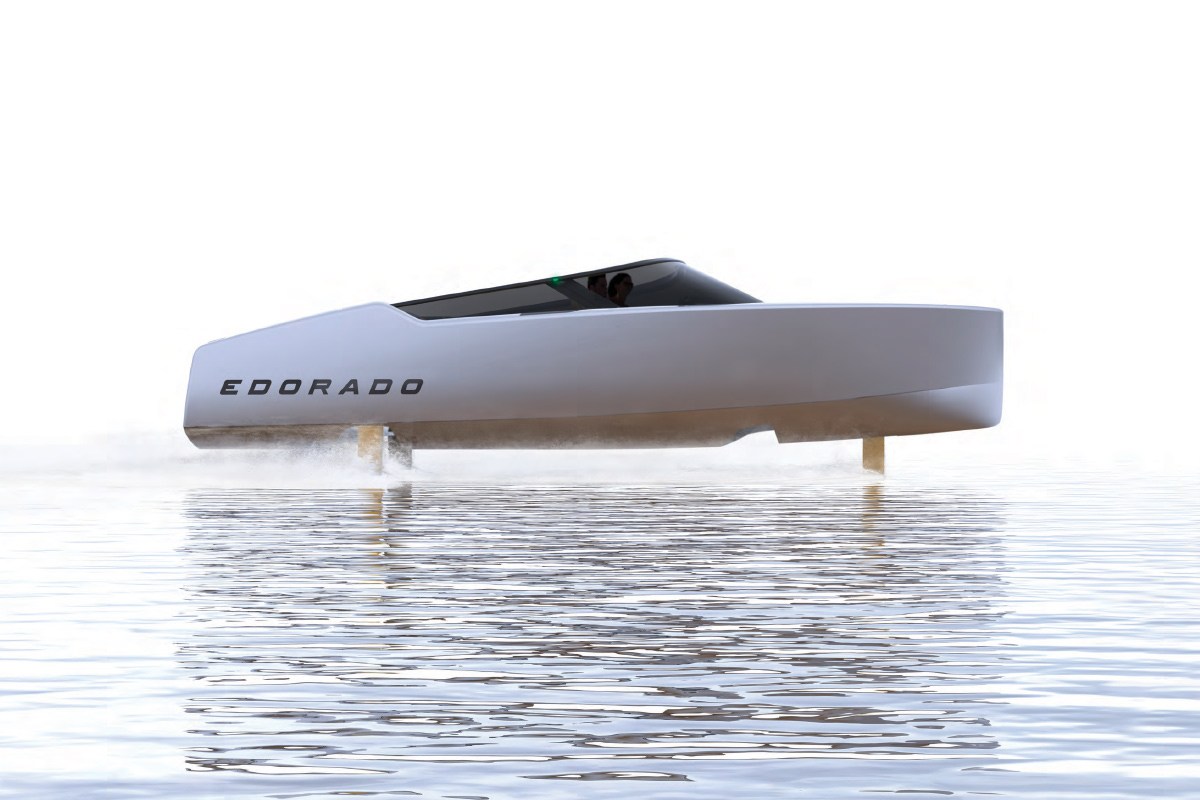 Superyachts represent the cutting edge of design. With researchers, designers, engineers and naval architects all searching for ways of making shipping far more efficient, there is a growing interest in hybrid and electric boats. So, is a new era of electric boats on the horizon? There is a long history of using electricity to power vessels. Before the internal combustion engine rose to domination in the early decades of the 20th century, small electric boats were seen as a more refined alternative to steam, cruising lakes and inland waterways around the world.

The environmental advantages might seem obvious to us today — Lake Königssee in Germany has permitted only electric and self-propelled vessels on its waters since 1909 — but the growing convenience and low cost of the combustion engine gradually slowed development of such boats. Attention switched to exploiting electric propulsion for use in submarines and, more recently, in ocean liners; in both cases, batteries are charged by conventional diesel or turbine engines, giving the best of both worlds in terms of performance and efficiency.

Today’s electric yachting renaissance mirrors the cultural shift currently underway in the auto industry, where brands are rushing to electrification to beat new legislation and in response to new consumer confidence. However, a superyacht is a very different beast from even the mightiest supercar and, while electric examples of the latter are relatively thick on the ground, a marine environment makes very tough demands. Certain regions of the world, especially marine protected areas and great swathes of the Arctic and Antarctic, demand stringent rules on emissions. In an era when cruising and chartering is venturing ever further afield, the new generation of explorer and expedition yachts simply has to show a clean pair of heels. 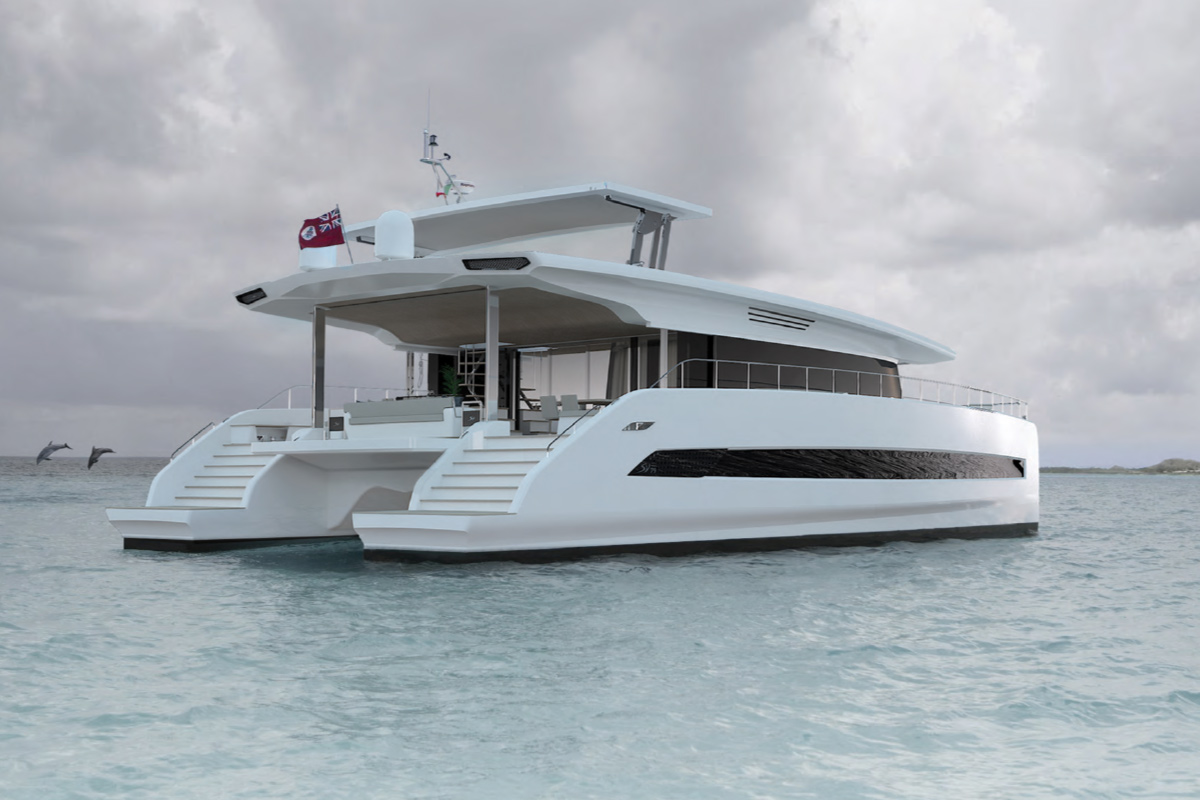 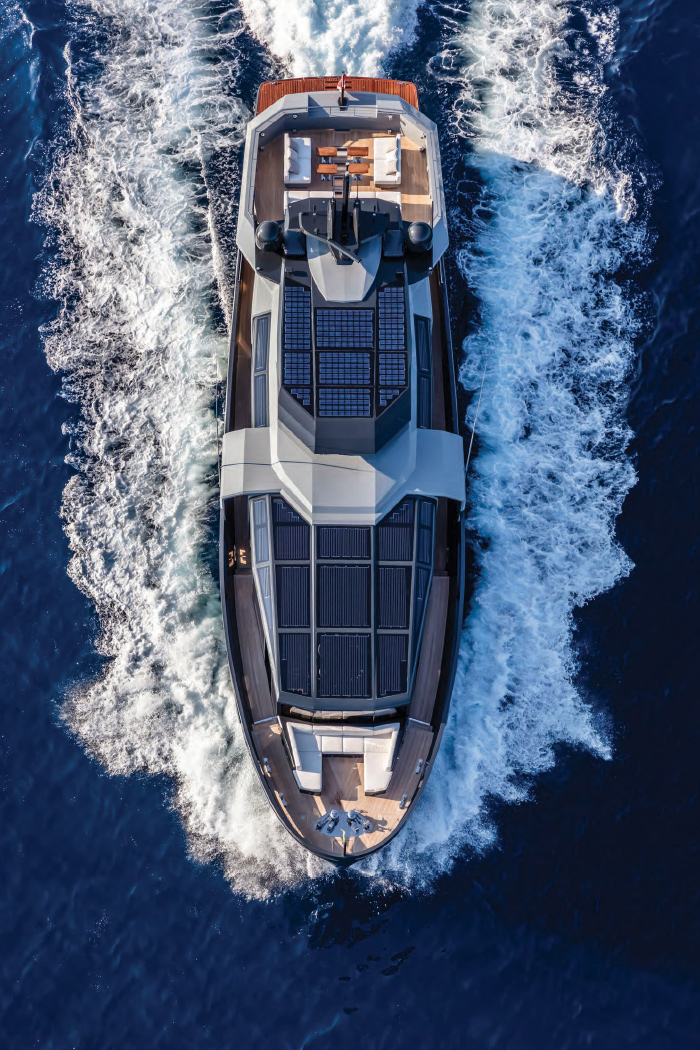 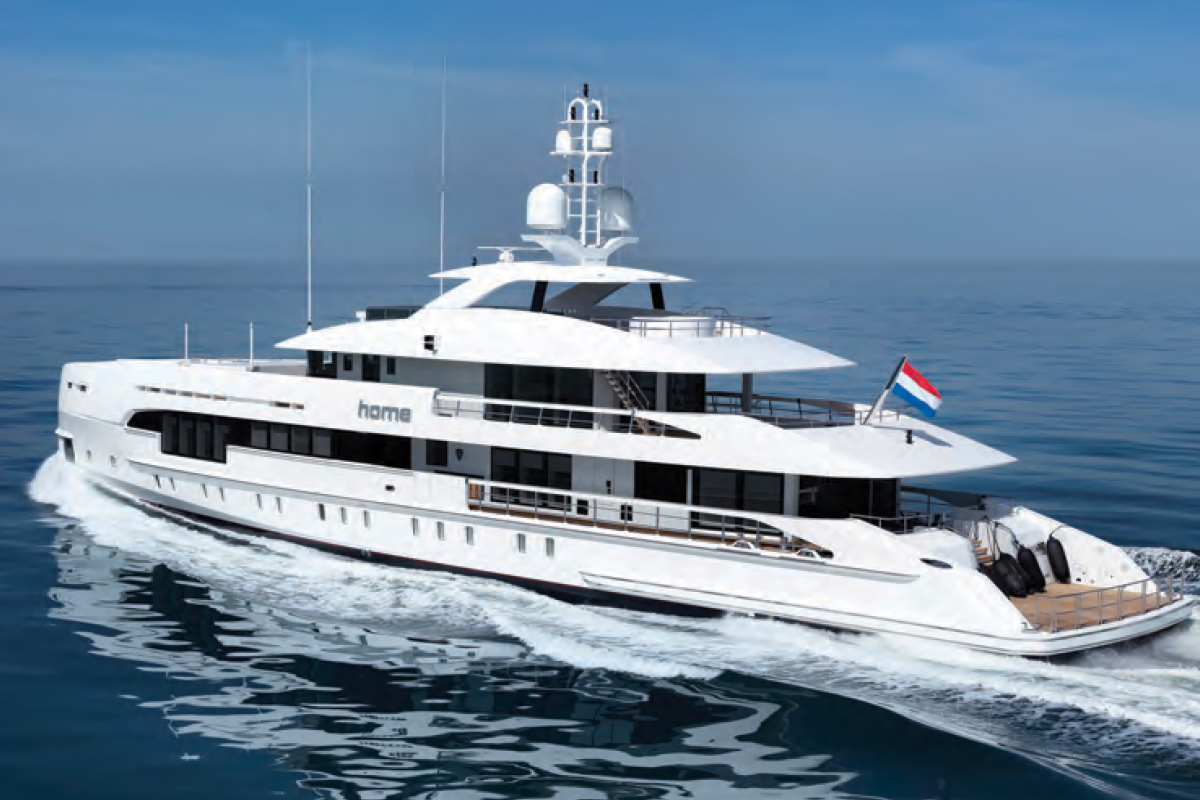 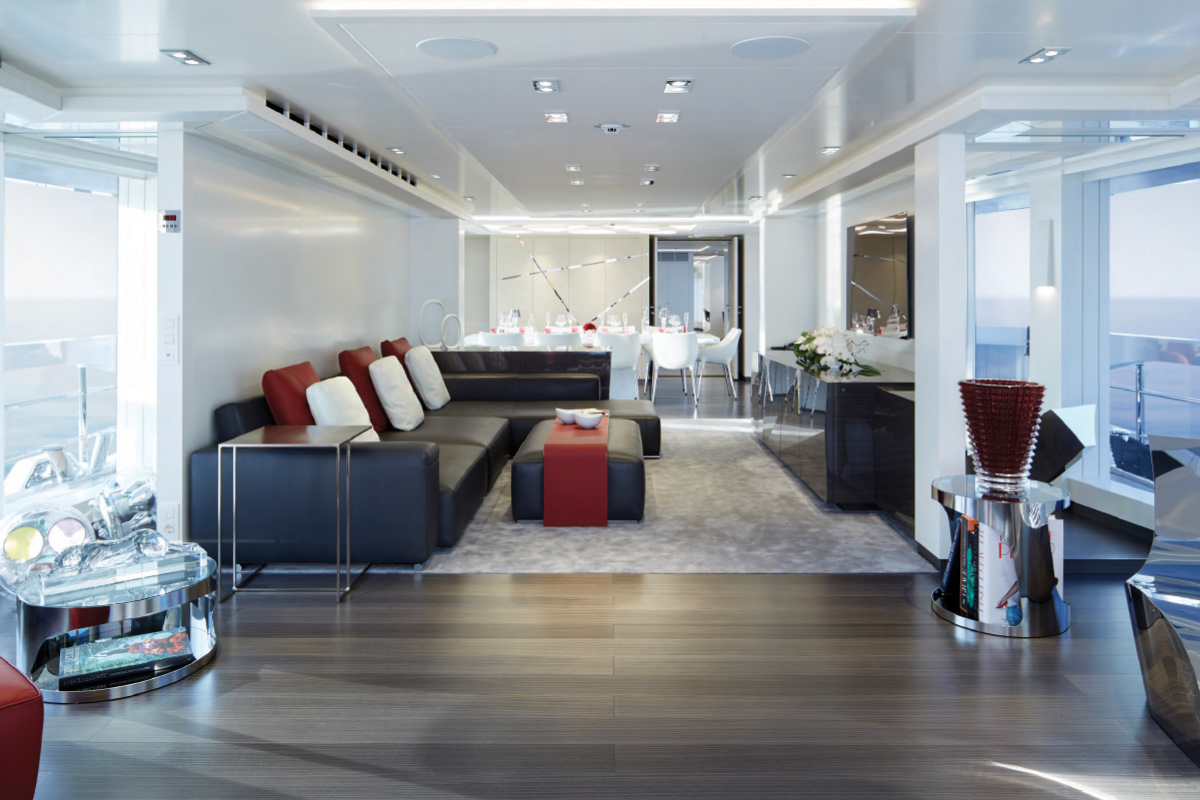 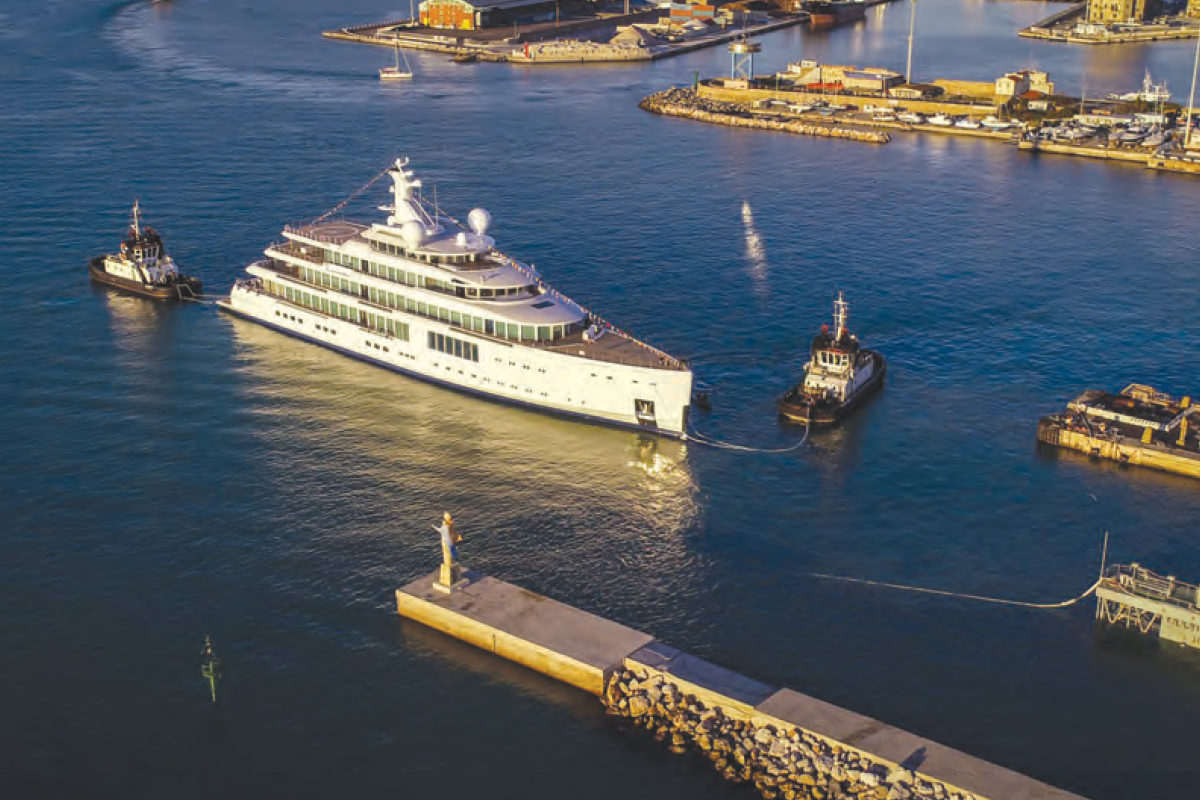 Technology is softening the impact. A typical superyacht is an energy hog, requiring a generator to run nearly all the time to provide its occupants with the light, heat and power demands of what is effectively a sizeable floating luxury home. Launched in 2015, Feadship’s 83.5m Savannah is considered the first true hybrid superyacht. Feadship developed a special propulsion system to give Savannah five different power modes, ranging from conventional diesel power through to near-silent electric operation. The boat’s big bank of batteries can soak up a lot of day-to-day activity, plus it will do so in total silence; an attractive proposition when moored off a remote and peaceful beach, for example.

Although there’s no shortage of conceptual hybrid projects, actual launched examples are still rather scarce. Significant debuts include Heesen’s Home, launched in 2017. This 50m yacht has full transatlantic capability, with much-improved fuel economy over equivalent regular yachts, plus the ability to cruise in near silence. With a vertical bow and expansive areas of glass, an interior designed by Cristiano Gatto (including bespoke furniture by Paola Lenti) and sleek exterior shaped by Perry Van Oossane, the boat really is a home on the water with ample space for up to 12 guests. Meanwhile, Benetti’s newly launched FB272 is the second in what the Italian shipyard calls its “gigayacht” series (thanks in part to the Livorno shipyard having facilities to build boats in excess of 100m, still a relative rarity). The FB272 makes full use of this impressive capacity, at 107.6m and with a displacement of over 5,500 GT. The steel hull is paired with a lighter aluminium superstructure and was a complex and pioneering technically-driven project from the outset.

FB272’s exterior features six decks and was styled by Reymond Langton Design and Zaniz Jakubowski in collaboration with the owner and Benetti, with copious amounts of deck space culminating in a full-size helipad. Jakubowski also worked on the elaborate interiors, yet to be revealed. Below decks is where the key innovations reside. A diesel electric hybrid system incorporates 35 tonnes of batteries, allowing the yacht to run for 12 hours without its engines. These batteries are charged by six 1,000 KW generators and the resulting electricity not only powers the boat’s systems (which includes over 500km of lighting and IT cabling), but also the two electric Azipod propulsion systems. Zero vibration, near silent running is achieved with no loss of luxury or comfort.

As hybrid systems grow in popularity and sophistication, so does the potential for retrofitting them into yachts of all scales. Refits make up a substantial amount of the yachting industry’s multi-billion dollar annual spend (estimated at over $20bn by Forbes back in 2016). System upgrades are all part of the package, and even if a complete engine overhaul isn’t feasible, then more efficient systems can be incorporated, from the generators through to the air conditioning. 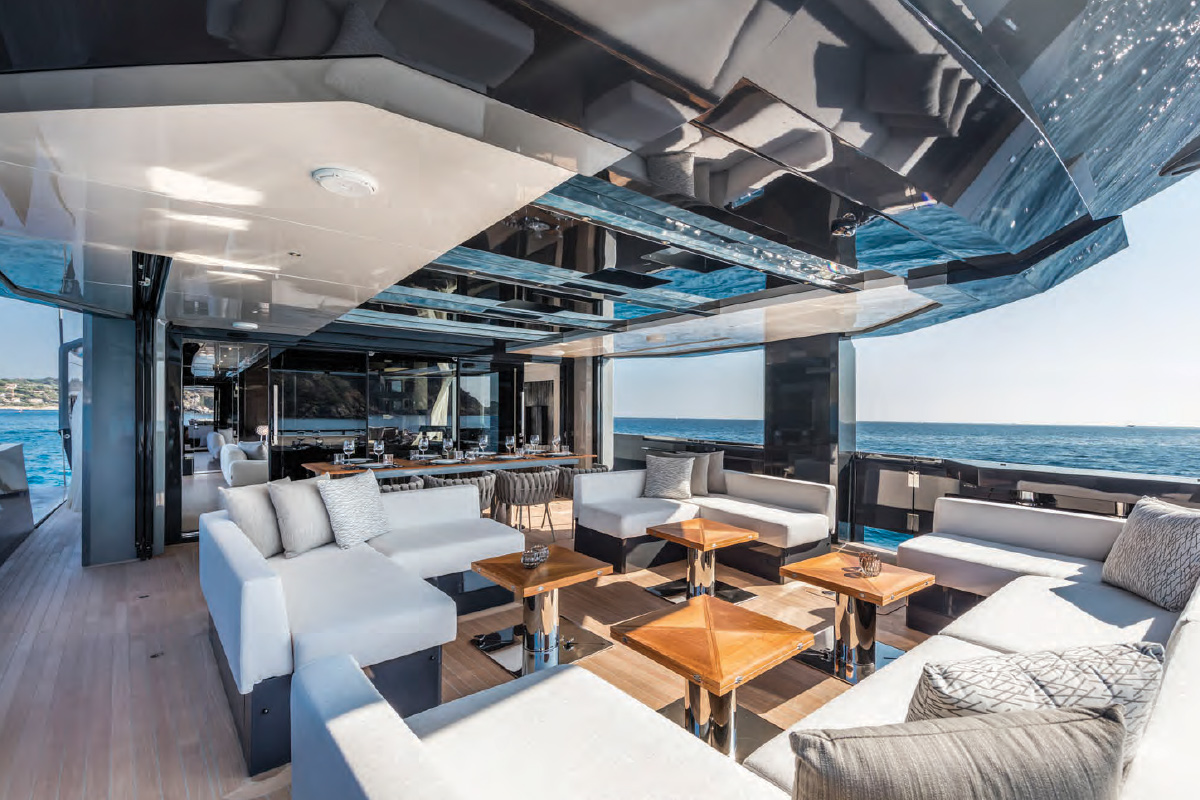 One technology that has to be baked into a design from the outset is solar power. A conventional superyacht hull shape can’t get nearly enough power to cover its energy needs, but a modest solar array can boost day-to-day efficiency, especially when cruising in the world’s sunnier latitudes. Italian shipyard Arcadia’s 105 is a tough-looking quasi-expedition yacht with a faceted hull covered with more than 50sq m of solar panels to generate up to 4.2Kw of power. Austrian company Silent Yachts goes even further. Silent 55 and Silent 80 catamarans exploit the width of the double-hull design to create the first true all-electric solar-powered luxury vessels. Silent Yachts promise total self-contained autonomy, allowing owners of these spacious four-berth yachts to roam up to 100 miles a day without using a drop of fuel.

Of course, there is another category of eco-friendly superyachts. The sailing boat has provided zero-emission travel since antiquity. Racing yachts and small boats ensure that sails will never disappear, but there are signs that superyachts are once again pushing the technological envelope. Boats like the Maltese Falcon, with its $80m carbon fibre rigging system, OceanCo’s Black Pearl, launched in 2016, or even the extraordinary 143m Sailing Yacht A, designed by Philippe Starck and launched in 2015, are all using new sail configurations to find new efficiencies.

Finally, there are the smaller vessels. The past few years has seen a small fleet of fast electric boats, including the Candela Speed Boat, the beautiful from Q Yachts and the forthcoming Edorado 8S, which combines electric power with a hydrofoil. Perfectly sized for beach cruising or for use as a superyacht tender, the electric speedboat is a sign of larger things to come.

Superyachts might not be getting any smaller, but their energy footprint is certainly shrinking as shipyards, designers and owners all seek to retain their image as nautical pioneers.