Sailing Through the Times: Classic Boats 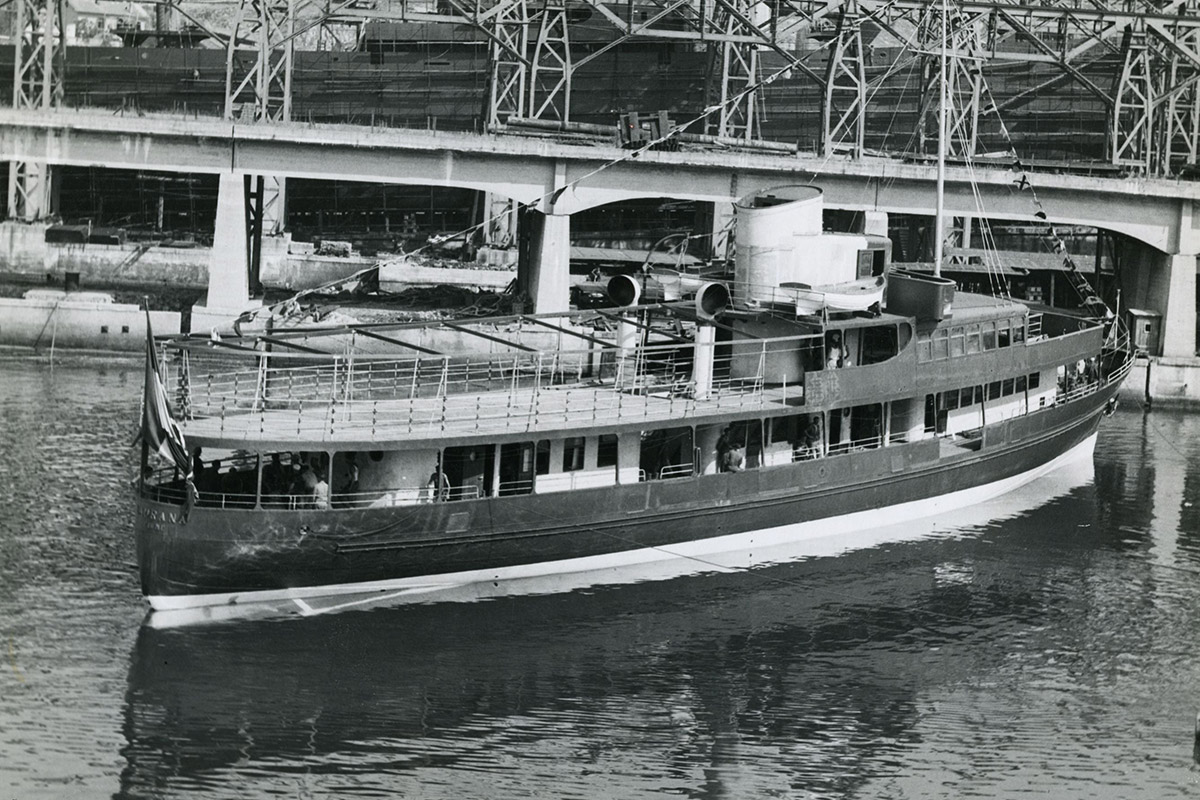 Rumoured to have been built by Count Galeazzo Ciano, Laurana pictured launching at the Port of Fiume, now modern-day Croatia, in 1939.

Inspired by past innovations, we share the unique stories of some beautiful classic boats that have shaped the yachting world as we know it today. The tales which these vessels can tell are remarkable; many of their traditional features can still be admired, while also leveraging the benefits available to modern yachts today.

Discover the Stories of these Classic Boats

When the late John S Latsis bought the 58m yacht Henriette in 1977 and started entertaining high-profile guests on board, he unknowingly laid the foundation for the establishment of PrivatSea. Although worlds apart from today’s super-sleek and technologically advanced mega yachts, at her launch in 1950 Henriette represented the pinnacle of American shipbuilding, benefiting from technologies invented during the Second World War.

Designed by the New York-based naval architect and marine consultant John Wells (1879-1962) and built by Welding Shipyards in Norfolk, Virginia, she was used by the Latsis family and was popular with guests in the Italian and French Rivieras. Her acquisition signalled the involvement of the Latsis Group in the yacht management business. In 2006, Henriette underwent a major refit, including a new contemporary interior, and was renamed Chrysalis before she was sold in 2009. 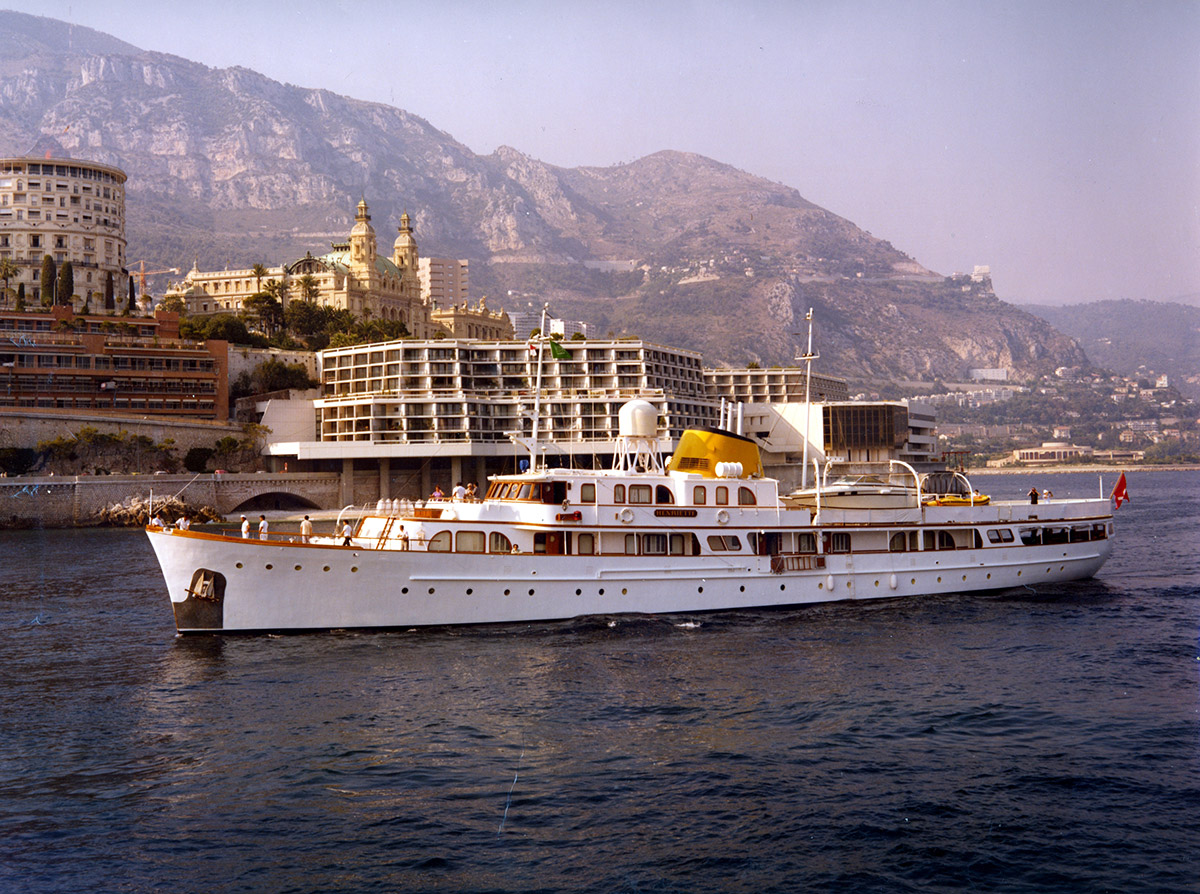 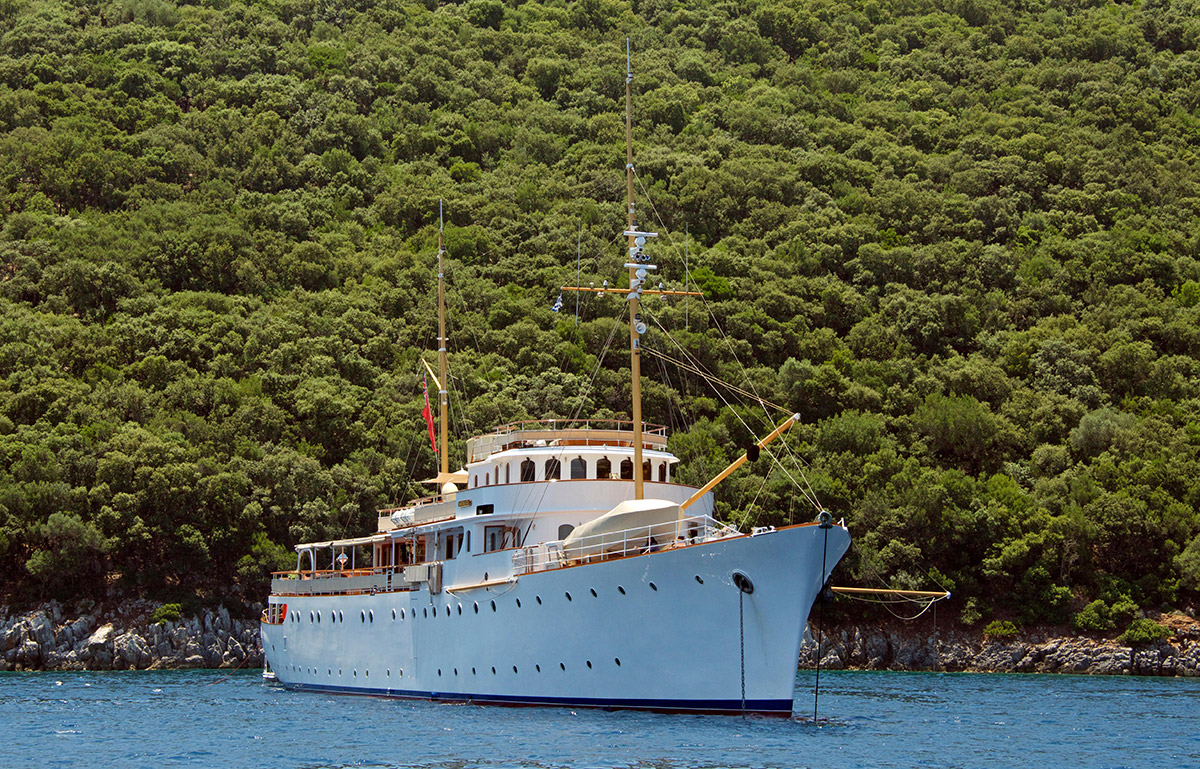 At the beginning of her life, having been built in Great Britain by John I. Thornycroft & Company in 1938, Shemara was requisitioned by the Great British Royal Navy and served as HMS Shemara as a training vessel for anti-submarine warfare. Her service ended in 1946 after seven years, returning to her owner Bernard Docker under whose ownership she became known for lavish parties with VIP guests including King Farouk of Egypt. She frequented the Mediterranean over a period of time. In 2010 Shemara was acquired by Charles Dunstone and her refurbishment to her former magnificence began. Now fitted with a Rolls-Royce diesel-electric system, including two electrically driven azimuth pods and a bow thruster, but retaining her now-restored original teak and steel exterior features, Shemara is a beautiful example of a vintage meets modern classic boat.

One of the most impressive passenger vessels on the Greek seas back in the 1950s, Phryne started life in 1928 at the William Denny and Brothers shipyard in Scotland. She was a Channel ferry boat on the Newhaven-Dieppe route for more than a decade before becoming part of the British Expeditionary Force during World War II, carrying British troops to and from the Northern coast of France until the end of the war.

PrivatSea founder John S Latsis purchased Phryne in 1955 and she once again became a passenger ferry — and a rather fast one at that, reaching speeds of 22 knots. She took passengers to the Cyclades and the islands of the Eastern Aegean Sea, as well as on the Piraeus-Crete route. A few years later, she carried pilgrims to the holy city of Mecca on a route taking in Tripoli, Libya, Jeddah and Saudi Arabia.

Sadly, Phryne ended her days in the scrapyard in 1964. 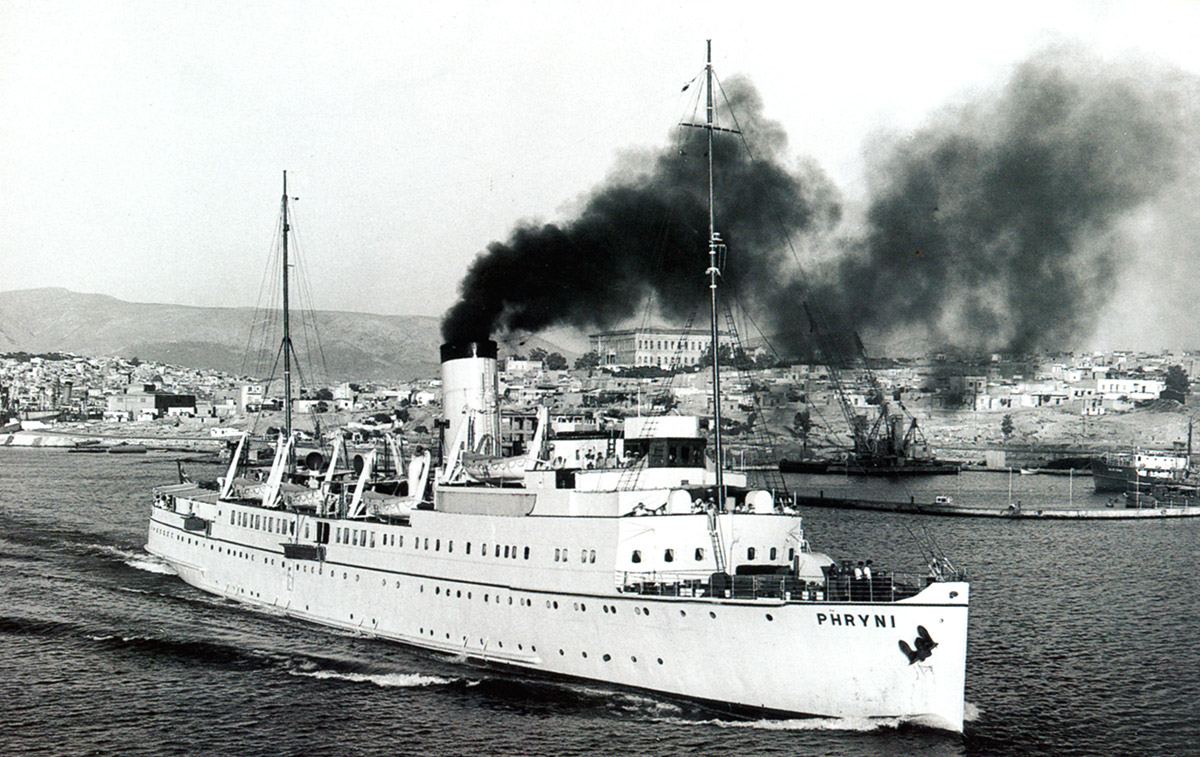 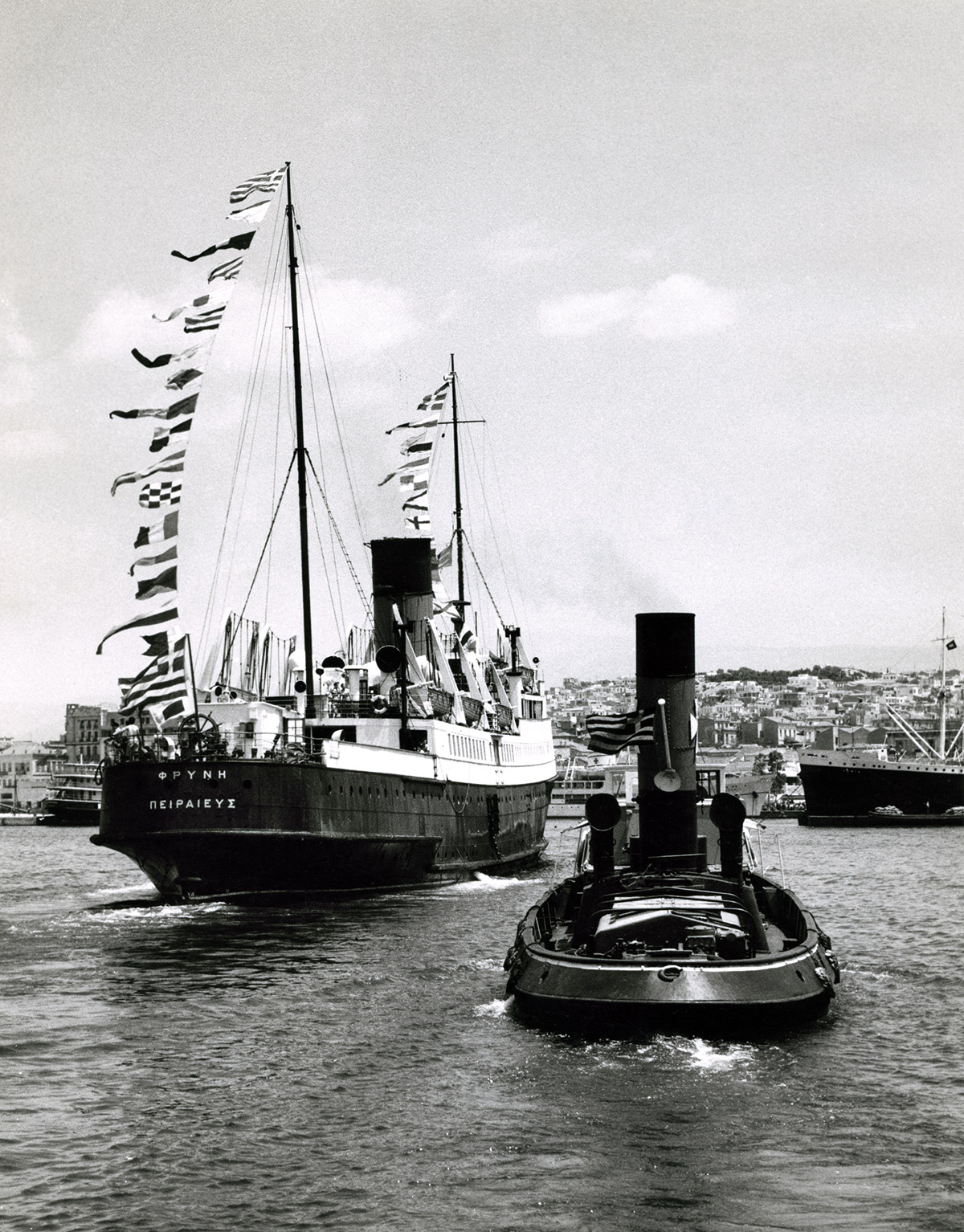 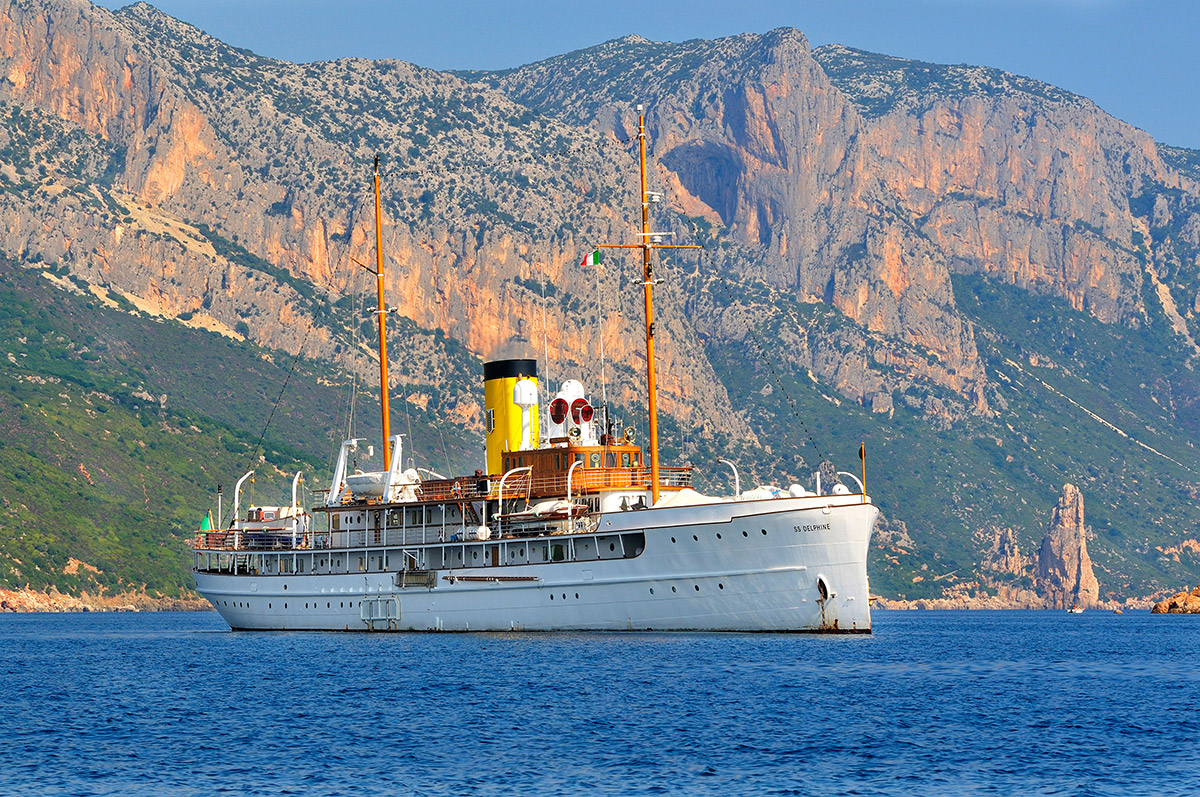 At 78.6m, Delphine is the largest yacht ever built in the US that remains in operation today, despite being built in 1921, and is the largest active steam-driven yacht in existence. She was built by Michigan shipbuilding company Great Lakes Engineering Works and is considered by many as a forerunner amongst oceangoing yachts. Delphine served in the US Navy during World War II and, making her unique, is also rumoured to have carried President Roosevelt and Winston Churchill on her decks. In 2003, Delphine received an upgrade with the replacement of her two original 1,500-horsepower steam engines for two modern water-tube boilers which provide 18 metric tons of steam per hour, impressive for a classic boat. In addition to this upgrade, she has been restored to her 1920s glory with Tiffany-designed interiors and a teak main deck. 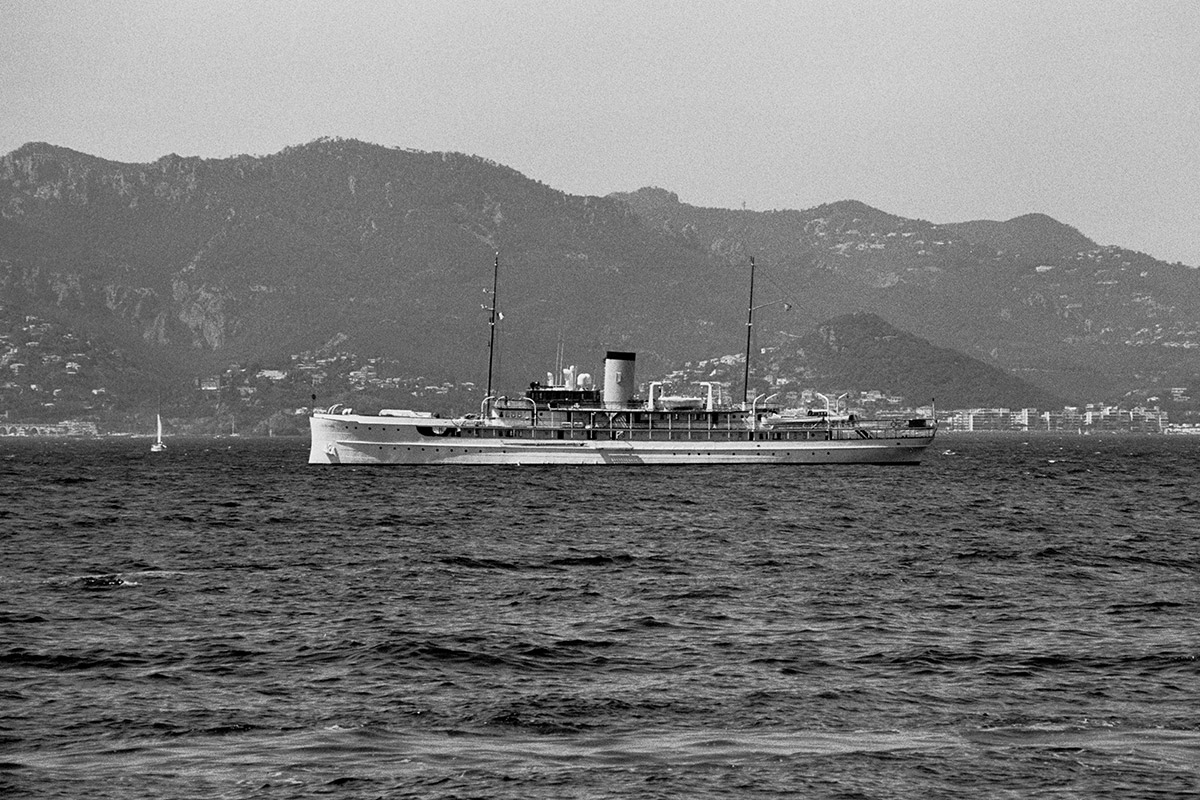 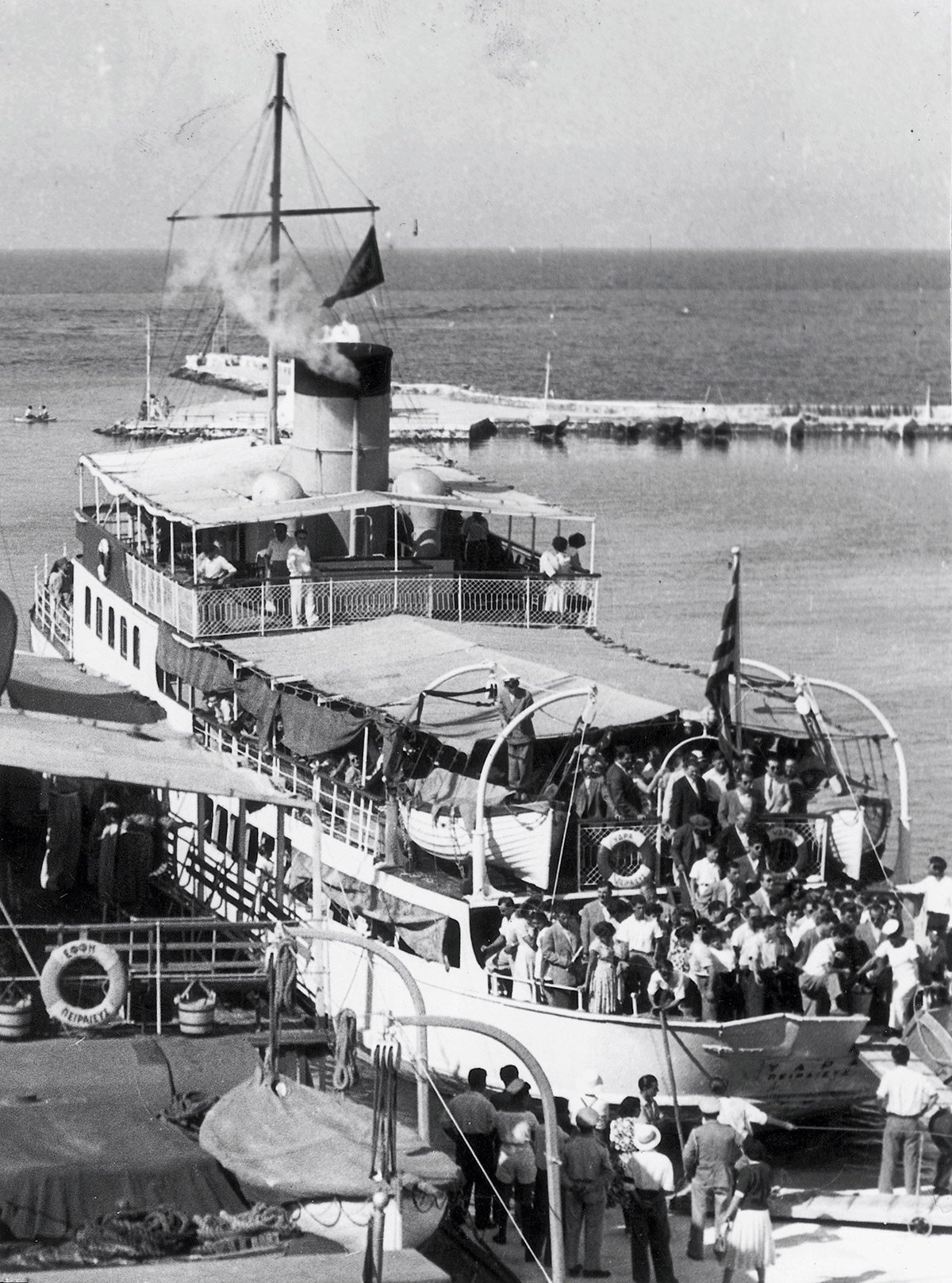 After World War II, coastal shipping in Greece was almost non-existent as most Greek vessels had been lost during the conflict. However, as tourism grew during the 1950s, so did the demand for transportation around the country’s many beautiful islands. Young entrepreneur John S Latsis had already put the 36m passenger vessel Effie to work in the Saronic Gulf, transporting people across the islands. Soon afterwards, he bought a second vessel, Nike, and placed her on the same route. Travelling with Nike was an altogether more sophisticated experience than most local passengers would have been used to. With her cutting-edge system of direct disembarkation, Nike was something of a unique addition to the Saronic Gulf route. Passengers could disembark directly onto the quayside via steps fitted on to the prow instead of having to use the small harbour craft that usually transported them from the vessel to the dock. This made Nike a pioneer in her day and likely inspired passenger-centric disembarkation on the yachts of today. 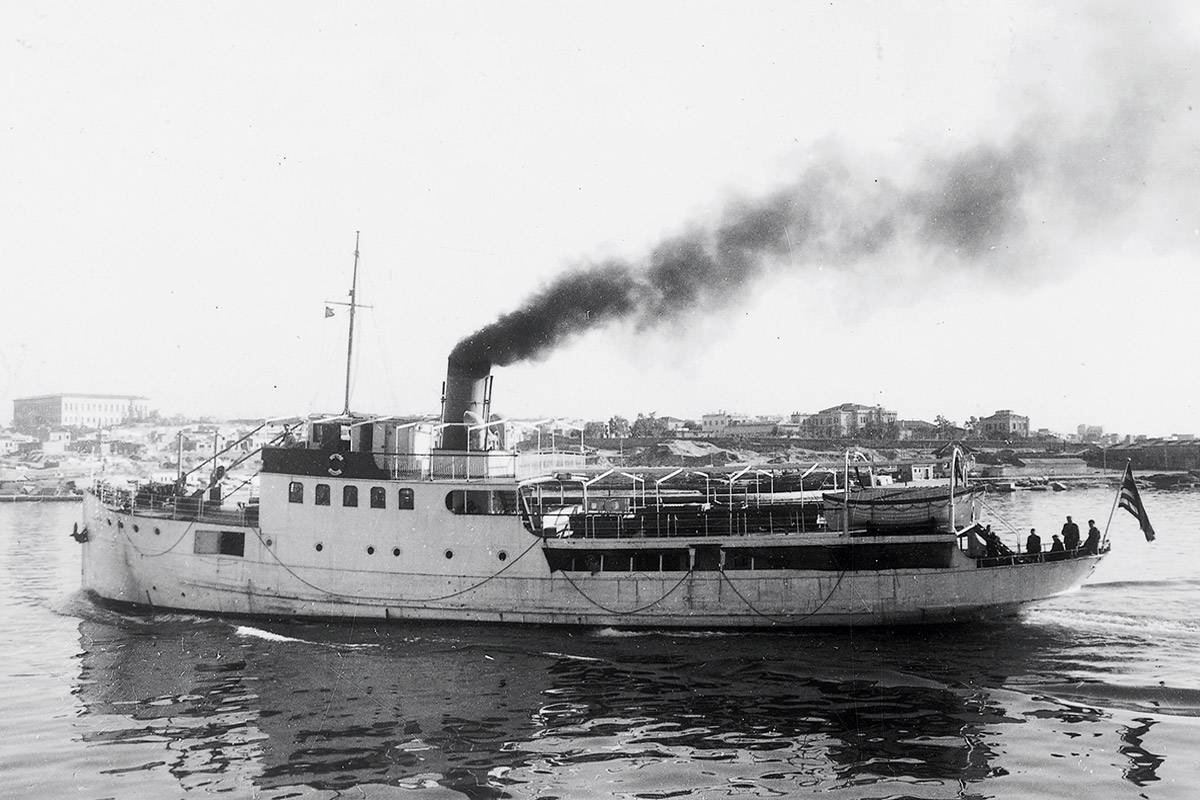 Explore more yacht news and trends or contact us to discuss restoring your classic yacht to its former glory while integrating modern technologies today.