Treasure islands – What to do in Malta

With its rich culture, incredible cuisine, and some of the best-preserved historic sites on the planet, Malta is a must-see destination on any Mediterranean jaunt. 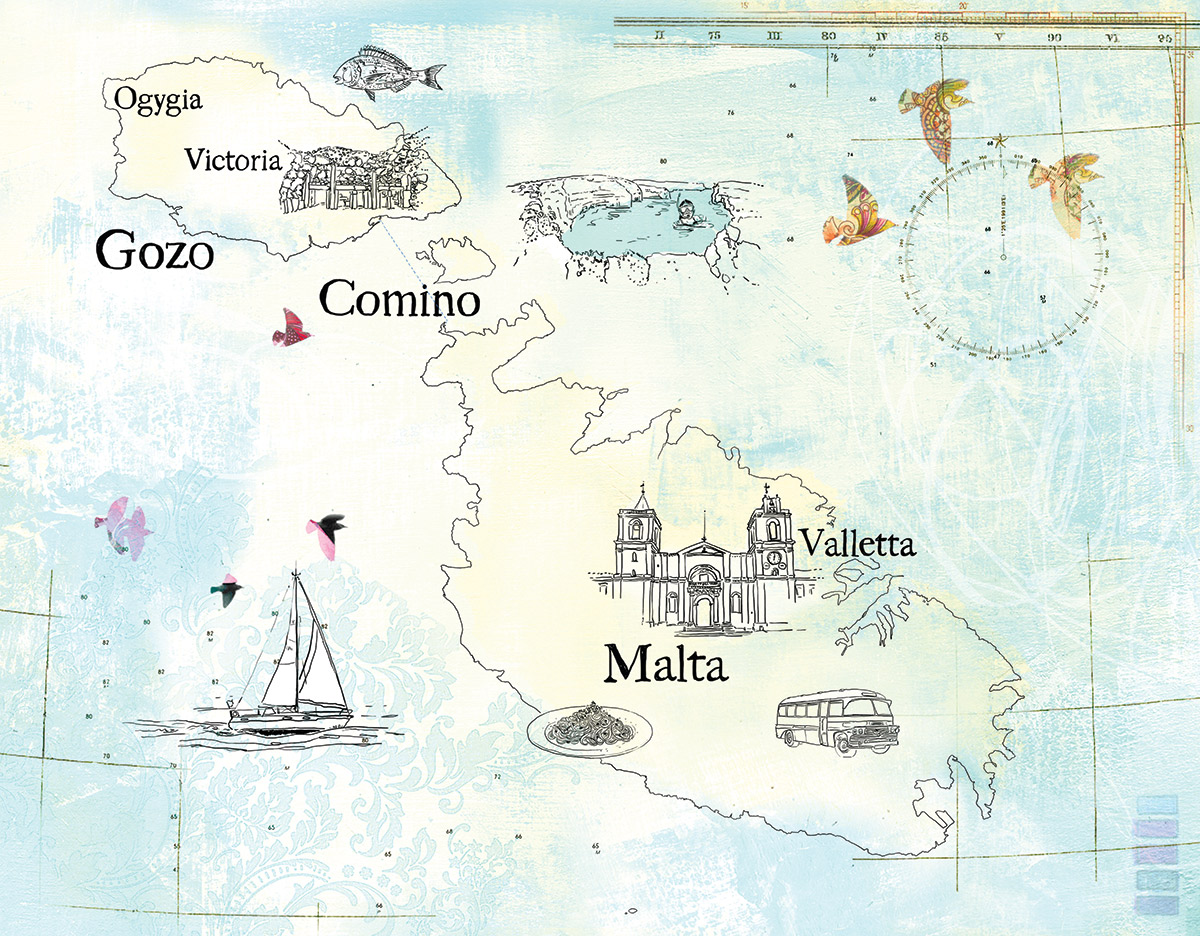 Why Holiday in Malta?

Rich in history, culture, legend and truly stunning scenery, Malta is home to awe-inspiring ancient sites as well as all the 21st-century comforts that today’s global travellers expect. Many famous names have stood on Malta’s soil, from the artist Caravaggio — who took refuge here as a fugitive wanted for murder — to, more recently, George Bush Sr and Mikhail Gorbachev, who chose this country as the place to end the Cold War. Comprised of three islands, it is the smallest state in the European Union, but don’t be fooled by its size — there is much to discover on its Mediterranean shores.

Malta is an impressive amalgam of the peoples who have conquered it over the centuries. Their traces can be found on the ancient buildings resplendent with Arabic features, in the language that retains traces of Italian, French, English and Arabic, and in the flavours of its delicious cuisine that, like its language, are heavily influenced by Sicily, France, England and Spain. The country resembles a work of baroque art, full of multicoloured houses, imposing fortresses, treasure filled palaces and magnificent churches, surrounded by the rugged landscapes that have inspired artists for centuries. It’s no wonder that every year it welcomes four times as many visitors as it has residents. 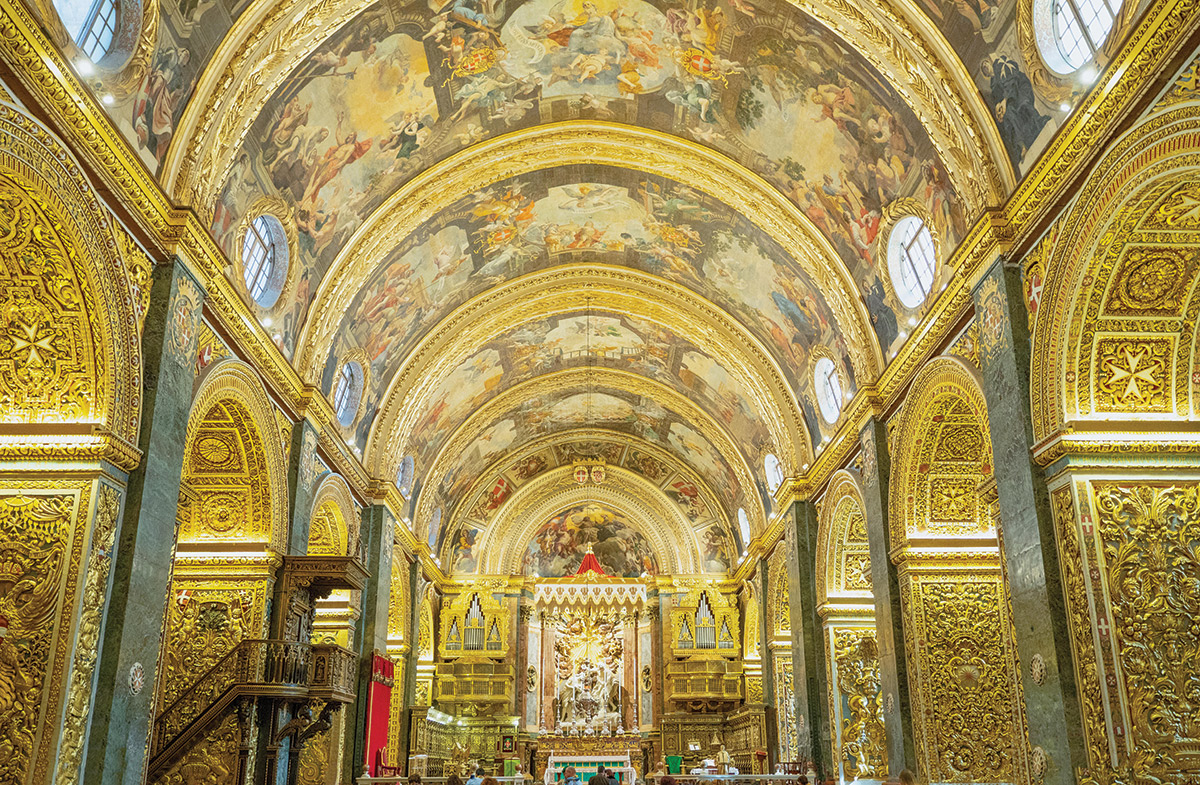 What to do in Malta

The Capital City of Malta

Malta’s capital city is the magnificent Valletta, built in 1566 by the Knights Hospitaller and named after the Knights’ Grand Master, Jean Parisot de la Vallette. A Unesco World Heritage site, this city is perfect for exploring on foot, with its narrow, twisting streets revealing an abundance of historic riches.

St John’s Co-Cathedral and museum is probably a good place to start. One of the most impressive examples of baroque Maltese architecture, the cathedral was built between 1572 and 1577 by the Knights of St John, and has almost 400 of the said knights buried under its magnificent marble floors.

In addition, the cathedral is home to two masterpieces by Caravaggio, the famed Beheading of Saint John the Baptist and Saint Jerome Writing, painted between 1607 and 1609 when he lived as an outlaw in Malta after committing a murder in Rome.

Next on the list should be the similarly splendid Grandmaster’s Palace, one of the first buildings to be erected in Valletta in 1571 and home to the Maltese parliament until 2015. Its walls are lined with superb paintings dating back over the centuries, while its Palace Armoury is full of medieval weaponry and suits of armour. Amid the ancient buildings, the new, ultra-modern Parliament House — designed by famed Italian architect Renzo Piano — is definitely worth a look around, too.

Also not to be missed is the Casa Rocca Piccola, the 16th century palace that is still home to the de Piro family — in fact, current incumbents Nicholas de Piro and his wife Frances personally conduct private tours around their impressive stately home. Or, for some light entertainment, a night at the opera is a spectacular affair at the Teatru Manoel, built in 1731 and one of Europe’s oldest theatres. 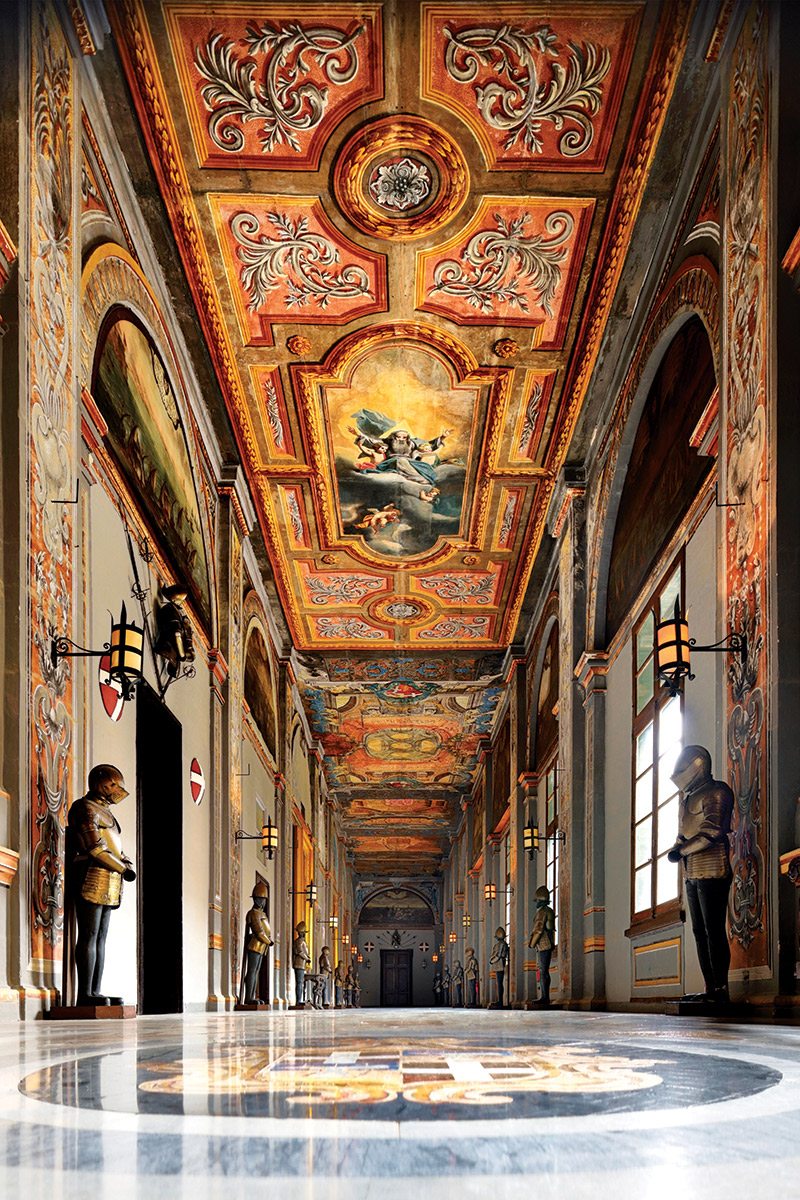 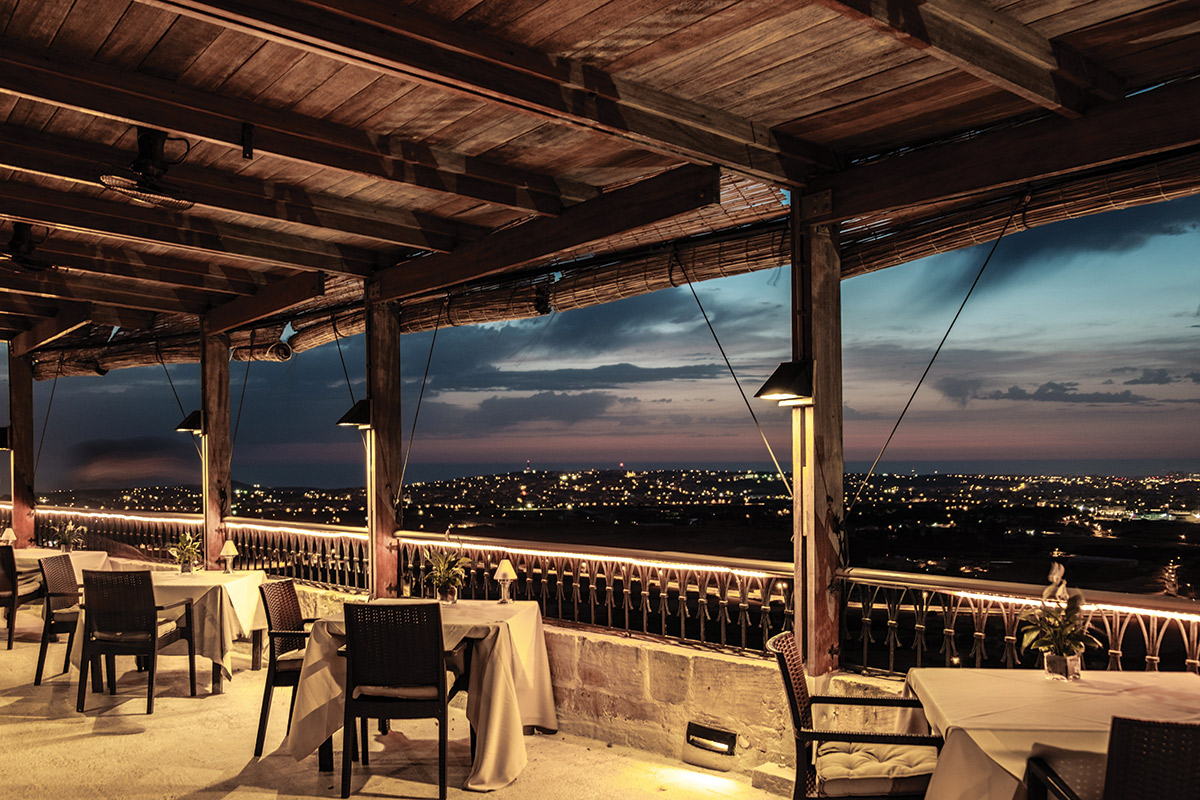 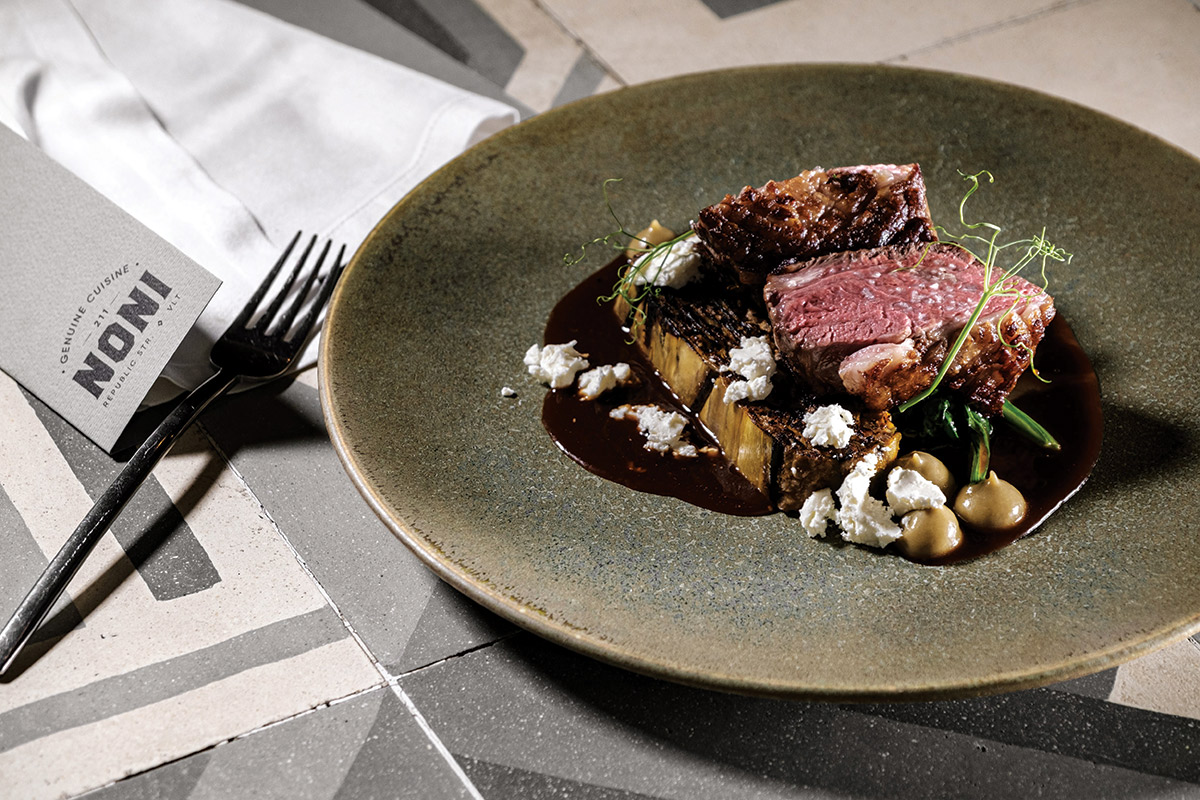 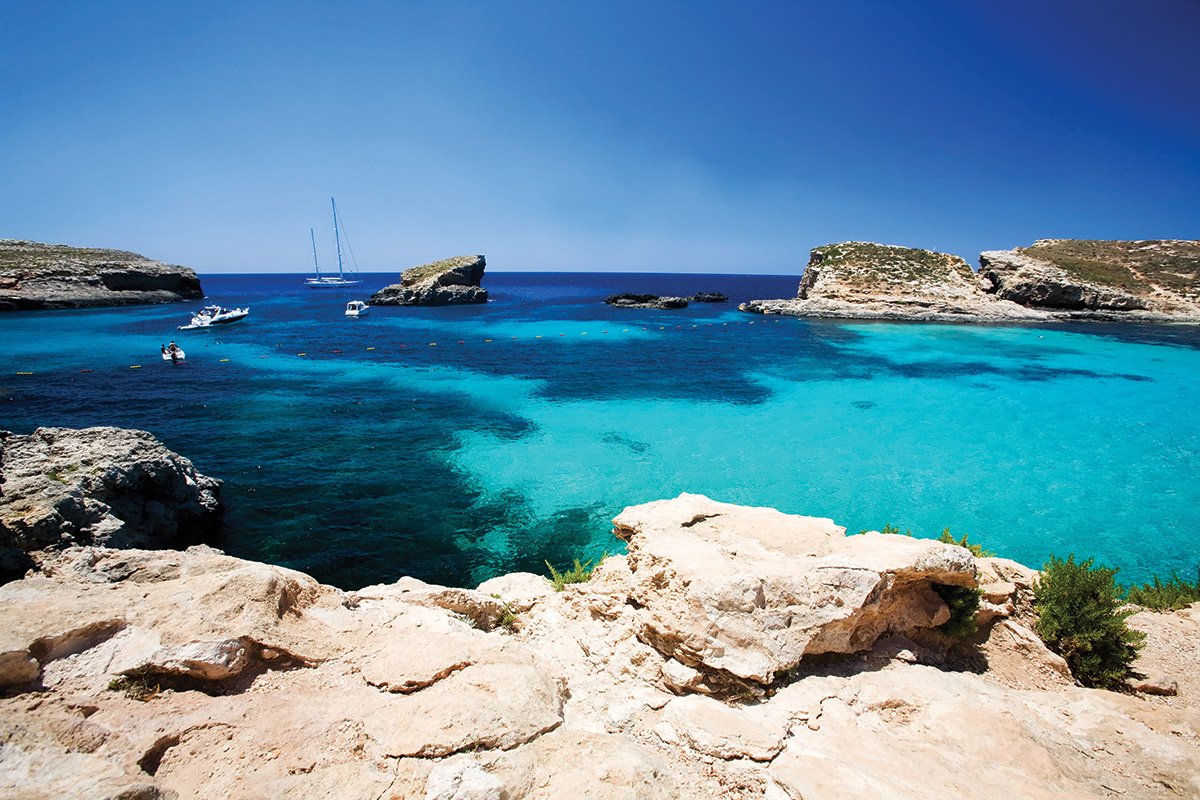 Valletta is also renowned for its beautiful gardens — it’s easy to escape the hustle and bustle of the city with a peaceful stroll through Upper Barrakka gardens, with their panoramic views across the harbour. Time for a break? Head to one of Valletta’s pretty cafés for a snack. Caffe Cordina has served guests quality coffee and sweet local treats since 1837 — be sure to try a mqaret or figolla. Alternatively, if you have more time, enjoy a sumptuous lunch at Noni, where Michelin-starred chef Jonathan Brincat adds an inspired French twist to Maltese dishes, from braised lamb agnolotti to slow-cooked octopus tagine.

While in Valletta, be sure to hop on a ferry or water taxi and make the short journey across the water to the Three Cities. Dating back to the 16th century, the three medieval fortified cities of Vittoriosa, Senglea and Cospicua are best explored by foot. Head for the bustling Il Collachio area of Vittoriosa, the oldest part of the city, and see the Inquisitor’s Palace, complete with torture chamber and prison cells.

As well as a wealth of historical sites, visitors will find boutique hotels and fine-dining establishments: Tal-Petut (talpetut.com) in Vittoriosa has an impressive wine collection and a frequently changing menu based on local seasonal ingredients.

Those looking for further post-prandial activities should make their way to Paceville — located in St Julian’s, a few miles west of Valletta, the area is renowned for its vibrant nightlife, with numerous bars and clubs.

Some 14km inland from Valletta is Mdina, the island’s old capital. Perched high on a plateau and enclosed by ancient walls, it is one of the most beautiful medieval cities in Europe and walking through its narrow streets is like stepping back in time. It is also home to a buzzing dining scene — eat al fresco at Michelin-starred De Mondion, often lauded as one of Malta’s finest restaurants, and enjoy the views from the Mdina bastions while sampling fresh seasonal fish and tender suckling pig served with morels.

The landscape is different on Malta’s sister island Gozo. Smaller and less densely populated than Malta, its rugged landscape and beautiful coastline is the stuff of myths and legends: it is here that the nymph Calypso fell in love with the hero Odysseus and held him prisoner in her cave in Ogygia for seven years. In Rabat, its capital, visitors will be taken aback by the marble-walled majesty of St George’s Basilica, while the Ggantija Temples — a Unesco World Heritage site that dates back to 3600 BC — are well worth a stop off. Foodies will love the seaside village of Xlendi, with its superb sunsets and fabulous fish restaurants — family-run Ta’Karolina (karolinarestaurant.com) is a must for flavoursome pasta and freshly caught seafood.

The smallest island of all, meanwhile, is Comino, which attracts swimmers, snorkellers and scuba divers to the clear, azure waters of its famous Blue Lagoon. Surrounded by limestone rocks and caves, which were used as hiding places by pirates and invaders in the Middle Ages, the tiny isle is an ideal destination for those who like walking or bicycle riding. It is also a protected bird sanctuary and Special Protection Area for the myriad migrating birds that make their way here.

The influence of the Knights of Malta can still be seen here, too, with the magnificent St Mary’s Tower, which they built in 1618. Standing some 12m tall high on a hill, it served as an extremely effective lookout tower.

What is Malta Famous For?

With such a treasure trove of well-preserved historic sites, Malta and its sister islands have attracted the attention of painters, photographers and film-makers to their craggy coastlines. From 1980’s Popeye — the set of which now forms the theme park Popeye’s Village in Anchor Bay — to 2000’s Gladiator, which made use of the ancient Fort Ricasoli, many of its much-visited locations are also stars of the silver screen.

From ancient knights to modern-day movie makers, all have recognised the beauty of these incredible islands. Be sure to drop anchor and see for yourself. 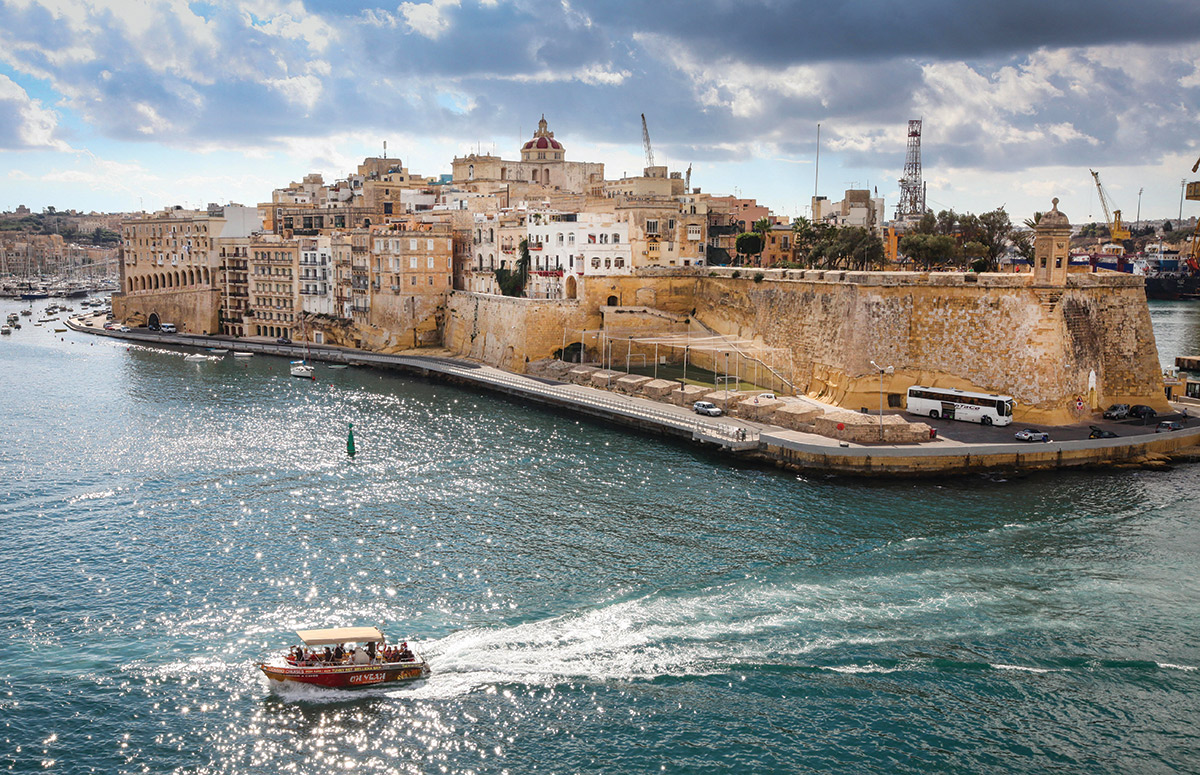 Contact us to find out more about the
wonders of yachting in Europe.